A playing career in amateur golf followed shortly after Peter left school at 18. By 23 he was playing off a handicap of Plus 3. With numerous county and national titles under his belt and an unbeaten record as an England International, he had ticked enough boxes to justify having a stab at joining the paid ranks. 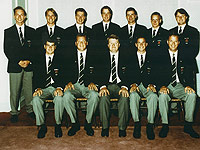 Peter (front row, extreme left) along with Luke Donald & Gary Wolstenhome in the victorious England Team at the 1996 Home Internationals in Moray, Scotland.

Peter achieved the status of professional by reaching the 1997 European Tour School; from there the game took him travelling the world, playing events on The European and Challenge Tours as well as various Satellite Tour Events. 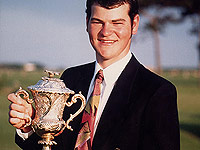 Picking up the Brabazon Trophy for winning the English Amateur Strokeplay Championship. Peter won by 8 shots, leaving a field full of internationals in his wake, including future stars Justin Rose & Jose Manuel Lara

After five steady years on the pro circuits Peter endured a desperate 2002, which was plagued with injury and illness. At this time, with his playing career on hold, an opportunity arose to work for Channel 4 Racing Pundit and then Timeform Managing Director Jim McGrath. 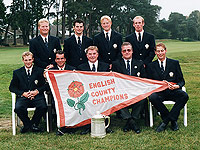 Peter worked for Jim for a number of years, during which time came about the idea of Swingform. While initially being able to combine his duties for Jim with the demands of Swingform, the latter eventually raised its status to require full time dedication from Peter. 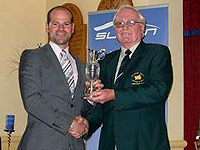 Back winning as an amateur in 2009, picking up the Jim Wade Trophy